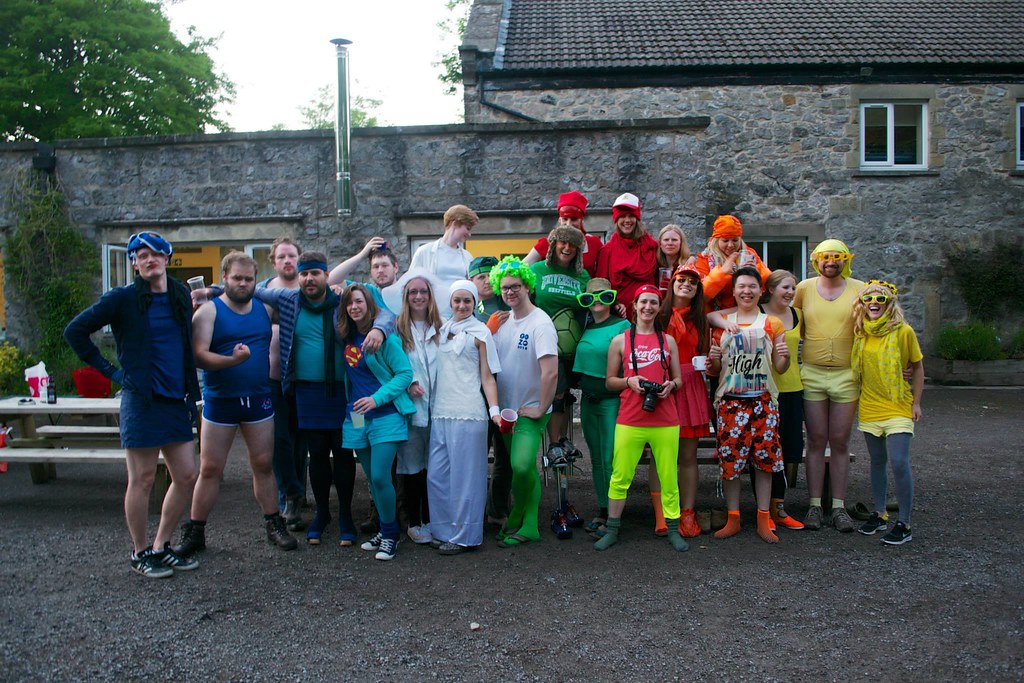 The SUSAC summer meal is typically a more casual affair than our Christmas time celebrations and provides an opportunity for students to relax after a stressful exam season and our working members to take some time distracting themselves from workplace tedium. Given that 2015 marks SUSAC’s 40th anniversary, this year the summer meal was to be a little bit special and rather than booking out the usual old hall or hotel, our lovely social secretaries, Alice and Emily, booked the Foundry Activity Centre for a full weekend of fun and games. Located in the Peak District in the village of Great Hucklow, the centre provides a spacious bunkhouse, living, kitchen and dining areas and a large amount of outdoor space, essentially everything we needed to make the weekend feel like the best diving-free dive trip we’d ever been on!

After arriving, settling in and having a few drinks, we were divided into teams and set a series of challenges by our social secretaries. The challenges were wide and varied and ranged from writing a poem to hunting for items in the surrounding area and, whilst there was some doubt of the judges’ impartiality, both teams performed well and scores were neck and neck until the final challenge: shagger pong! Like the previous challenges this was a close contest, but the aptly named Team Win eventually emerged victorious, with Laura D forcing Ray to consume roughly a pint of shagger (SUSAC’s greatest cocktail).

A short time later we busted out the barbeques and cooked up a delicious selection of meaty treats and vegetarian delights. There was plenty of food and, as usual, myself and others ate far too much, especially when the baked camembert came out. After a pause for digestion, we all got changed into our multi-coloured outfits that we had prepared, through visits to Primark and charity shops, for Rubik’s cube-themed fancy dress. Before getting down to the clothes swapping (the idea is to start out wearing multiple colours and to end up wearing a single colour), we got in a few innings of rounders. The clothes swapping saw many weird and wonderful combinations and a surprising number of large men ended up wearing some really very short shorts with no small amount of artificial bulge enhancement. We continued to play a variety of games, including outdoor Jenga (indoors), Cards Against Humanity and some of those embarrassingly revealing truth-based games long into the night.

The next morning SUSAC gradually emerged with bed hair and tired eyes. Personally, after a solid 4 hours of sleep and a bracingly cold shower, I was good to go and got straight to cooking up some Spanish eggs. Between these, pancakes and left over food from the day before, we made sure that we were well fed before taking a final short walk out into the Peaks.

The weekend was brilliant and is probably the most fun I’ve had with SUSAC while not on a dive trip. Thanks to Alice and Emily for organising things, everyone who helped with cooking and subsequent tidying up and the rest of you for being great company – I honestly don’t see how we’re going to beat this next year!