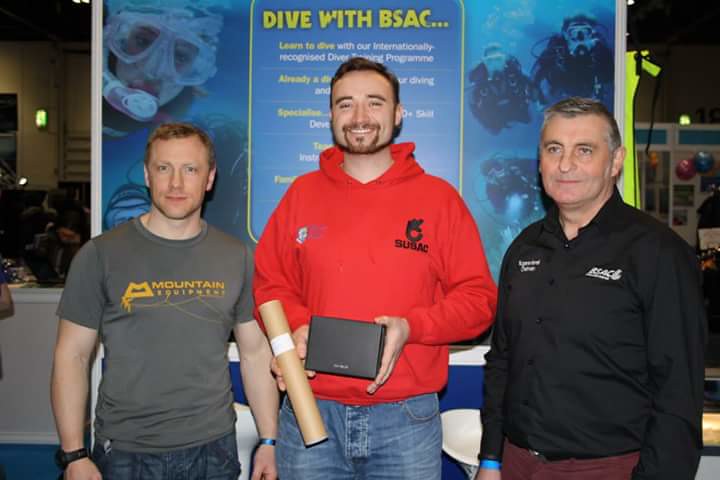 It gives me enormous pleasure to report that our very own Ross Peel has been named the BSAC Branch Instructor of the Year in the Suunto Branch Volunteer of the Year 2014 scheme! Well done!

This is one of six awards for branch volunteers under the scheme, picked from nominations made by clubs across the entire country, and Ross will receive the fabulous prize of a Suunto DX dive computer presented to him at the London International Dive Show.

Ross has been instrumental, during my time in SUSAC, in revitalising the club and getting an effective training system in place and his positive influence can really be seen in the way the club now operates. Thank you Cat and Emily for nominating Ross for this award and well done again Ross.

More information on the Branch Instructor of the Year award and the other Suunto Branch Volunteer of the Year awards can be found here: http://www.bsac.com/page.asp?section=4587&sectionTitle=Suunto+Branch+Volunteer+of+the+Year+2014

About the Author: Alex